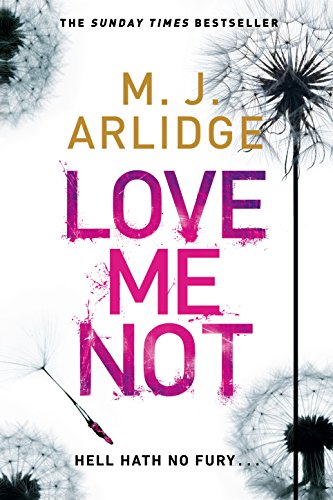 A blood-red sunrise
Just after 7 AM DI Helen Grace stumbles on a dead woman lying in a country road. She has been brutally shot for no apparent reason.

Two hours later
At gunpoint a shopkeeper is forced to close up by two assailants. Before the police can get inside a single gunshot rings out.

A rampage of revenge?
Over one long day the town of Southampton is terrorized by two young killers who appear to be killing at random.

For DI Helen Grace, it's a race against time. Uncover why they're doing this and who's next or always be a step behind - until the sun sets on this bloody killing spree.

'Chills to the bone' Daily Mail

'A chilling read' My Weekly

'Gruesomely realistic, intriguing and relentless. Arlidge's fledgling army of fans is about to grow' Sunday Sport

'Eeny Meeny debuts one of the best new series detectives, Helen Grace. Determined, tough and damaged, she must unravel a terrifying riddle of a killer kidnapping victims in pairs. Mesmerizing!' Lisa Gardner

'Expertly pulled off. It has a devious premise. DI Helen Grace is fiendishly awesome. It's scary as all hell. And it has a full cast of realistically drawn, interesting characters that make the thing read like a bullet' Will Lavender